Maybe I watched a few too many American shows and when I was younger, but between Home Alone, Gossip Girl and Suits (to name a few!), it looked like an absolutely awesome place to be.

We visited for three days in July, and I definitely wasn’t wrong!

New York has this buzzing city life and an amazing atmosphere that is unrivalled from any other place I’ve been to.

On top of that, it’s a total foodie destination – I fell in love. I’m talking Love with a capital L you guys; LOVE. I could 1000% see myself living there one day.

We were only there for three days, but I somehow managed to cram in everything I wanted to do, including some beautiful Insta locations that I’d seen online and just had to visit. I’d spent a lot of time planning the most ‘efficient’ way to do it all, but it was still a lot of walking (thank gosh for comfortable trainers and New York’s amazing subway system!)

We stayed at the Four Points by Sheraton New York Downtown, which I’d definitely recommend. If you’re wondering how to plan a three day itinerary to New York City, read on!

Looking to travel to NYC and get some ridiculously gorgeous photos for the ‘gram? Check out my post on the most instagrammable places in NYC.

Want to jump ahead?

Wall Street and the New York Stock Exchange: Don’t forget to stop by the charging bull and Fearless Girl statues – they’re pretty busy, so try and get there early if you want a good photo

Staten Island Ferry: Although it’s often called a “commuter ferry” (particularly from the people standing outside, trying to make you buy an expensive tour ticket for basically the same ride), this offers an awesome view of the Statue of Liberty for free! We went during the day and again at sunset/night, because we just couldn’t get enough of how beautiful it is!

Brooklyn Heights:  You can get a really amazing view of New York’s skyline from here. Try it at sunset if you can!

DUMBO: An acronym for ‘Down Under the Manhattan Bridge Overpass’, you can have an awesome view of what is probably one of the most photographed bridges in the world. It lines up directly in the middle of Washington Street, with the Empire State Building framed by the bridge. My parents complained wholly during the walk, but were ridiculously impressed once we got there! It’s quite an Instagram location, but thankfully wasn’t too busy when we went.

Day 2: Upper West Side, Central Park, the Top of the Rock and Times Square

Upper West Side: If you’re only in New York for a weekend, then how could you possibly miss the most Instagrammable street ever? When I say that this area hosts some of the most beautiful houses I’ve ever seen (bar, perhaps Kensington), I’m not joking! Talk about house goals.

The Mall, Central Park: If you’ve seen any romantic movie ever, you’ve probably seen this in it. It’s such a beautiful area, plus there’s always loads of street artists and musicians etc for you to enjoy whilst you walk. If I’d have had time, I would definitely had explored more of Central Park, or even taken a horse-drawn carriage around!

Rockefeller Centre & the Top of the Rock: There are two amazing skyline views in New York; the Empire State Building and the TOTR. Whilst I recommend either as a must-do for any 3 day NYC itinerary, there is a huge price difference. The latter is about $20 cheaper, and also allows you to get views of New York with the Empire State Building in them – easy choice, right? I went at sunset so that I could have a view during the day, as the sun sets, and also at night once all the city lights came on. All were equally beautiful, but if you choose to only go at night, you should know that Central Park is so dark that you can’t see much!

Times Square at Night: Obviously a sight to see (who goes to New York and doesn’t stop by at least once?!), but it’s definitely a lot cooler at night than during the day – all the signs light up, there are loads of street performers and the atmosphere is generally just awesome! I personally found it a little busy for my liking, but it would basically be a crime to travel to NYC and not see it once!

Tribeca: A super cool area with awesome cafes etc – stop by for brunch and roam around if you have time.

The Nomo Soho: Embrace your inner Instagrammer and have a little photoshoot in one of the most beautiful hotel entrances I’ve ever seen. There’s also a restaurant if you wanted to stay and enjoy the area! Soho in general is really awesome, and I loved wandering around and seeing all the cool stores and cafes.

[EAT] Jack’s Wife Freda: A really cool restaurant with Middle Eastern influences. This was recommended by a friend who lives in New York, and we really enjoyed it. It has a great vibe, the staff are friendly and it was completely packed whilst we were there!

Bedford St & Grove St: If you’re a fan of the tv show Friends, then I definitely recommend you stop by here! This is where they filmed the outside of their apartment block, and makes for a pretty cool photo op. I was very much expecting a café nearby called ‘Central Perk’ (along with some purple sofas and wooden coffee tables), but I was left disappointed. Nonetheless, this was easily one of my highlights of my 3 day New York itinerary. But, if any of you are looking for an entrepreneurial business opportunity, I could definitely see that doing well!

Barneys 7th Avenue: We went in purely for a photo of the cool white spiral staircase..

Eataly: Obviously you didn’t go to New York to see their version of Italy, but this really was awesome. It’s a whole marketplace filled with fresh cheeses, pastas, wines, groceries and various Italian restaurants! We went for dinner and I had some of the best tortelloni I’ve had outside of Italy, so I definitely do recommend!

New York Public Library: It’s big, it’s beautiful! Definitely worth a look if you’re nearby. It can make for a pretty classic NYC shot.

Grand Central Station: Another romance movie staple. I’m from London, so I’m used to pretty big train stations, but even this had me in awe – it’s ridiculously grand! I was obsessed with Gossip Girl as a teen, so obviously some of the classic and recognisable spots had to make it into my three day NYC itinerary!

Oculus Mall: Some of the most beautiful architecture I’ve ever seen! I’ve obviously never seen the inside of a whale, but somehow this is what I think it looks like ..

Brooklyn Bridge: A New York staple! I really wanted to walk all the way across on Day 1 (after DUMBO) but it was ridiculously humid that day. Don’t forget to count in the time it takes to get about halfway across the bridge, as that’s where you’ll get the super cool Insta photos. And if you can, try going very early in the morning, or you’ll basically be herded like cattle / run over by bicycles when it’s busy!

And that’s it for my budget 3 day guide to New York! If you’re looking to spend longer, make sure you check out this awesome 4 day New York itinerary.

I’d love to know; have you ever been to NYC, or is it on your travel bucket list? If you’ve ever done a three day trip (or shorter), I’d love to know the best spots on your itinerary – share them below!

Don’t forget to pin this post for when you next travel!

You may also enjoy: 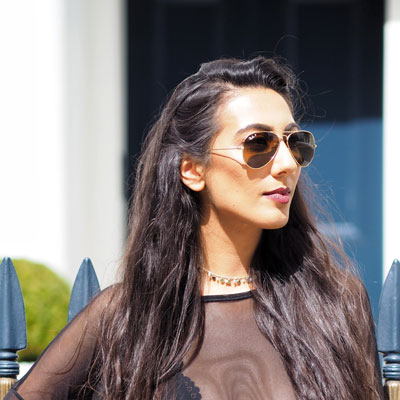